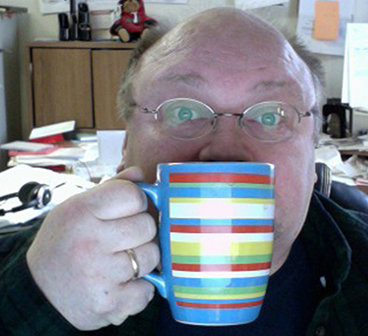 Randy Glasbergen is one of America’s most widely and frequently published cartoonists and humorous illustrators. Businesses, schools and organizations of all sizes use Glasbergen Cartoons to help them deliver their message with humor and a smile. Randy’s cartoons are seen all over the world in newspapers, magazines, greeting cards, books, calendars, advertising  textbooks, social media and more. Randy’s creations have also been used in a variety of unique and unexpected ways, including scratch-off cards for the UK National Lottery, animated banner advertising, trade shows, billboards, package design, children’s sticker books, refrigerator magnets, boxer shorts, dog raincoats, restaurant menus, public display screens, and taxi cab TV screens.

PERSONAL INFO: Randy began his professional cartoonist career at age 15 and began freelancing full-time after a year of journalism studies in Utica, New York. Aside from a year spent as a staff humor writer at Hallmark Cards in Kansas City, he has been a full-time freelance cartoonist since 1976. Randy lives in a small town in rural New York State with his wife and an assortment of dogs, cats, guinea pigs and fish. He works at home in a cluttered studio that occupies the third floor of his creaky old Victorian home (formerly a boarding house for local school teachers). When he’s not at the drawing board or computer, Randy enjoys walking his basset hounds and spending time with his family. He is a collector of Popeye, Monkees, and GI Joe memorabilia and a fan of amateur women’s roller derby.

“Glasbergen Cartoons” and “Thin Lines” are currently published online as part of the GoComics group, along with Dilbert, Garfield, Doonesbury, Pearls Before Swine, Peanuts, Calvin and Hobbes and hundreds of other comic strips, panels and web comics.

BOOKS ILLUSTRATED: Randy’s cartoons are featured prominently in many textbooks and best selling books, including The Little Red Book of Selling (by Jeffrey Gitomer), The Success Principles (by Jack Canfield), Yes, Your Parents Are Crazy! (by Michael J. Bradley) Fitness Over 50 ( Beverly Cracom Publications), You Can’t Outsource Weight Loss (by Ed Boullianne) Chicken Soup for the Teenage SouI, and several other books in the extensive Chicken Soup for the Soul series. Books illustrated with Randy’s cartoons have appeared at the top of the NY Times Bestseller lists several times. 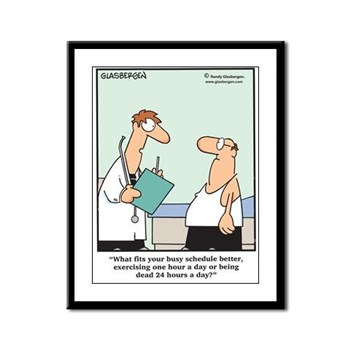 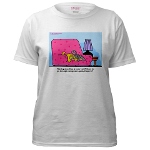 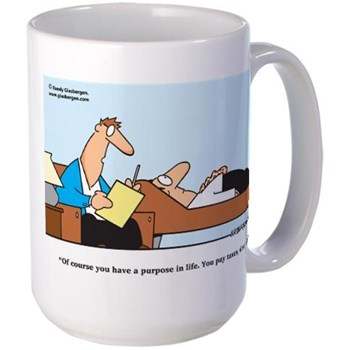 You can order Glasbergen Cartoon Greeting Cards online from Nobleworks 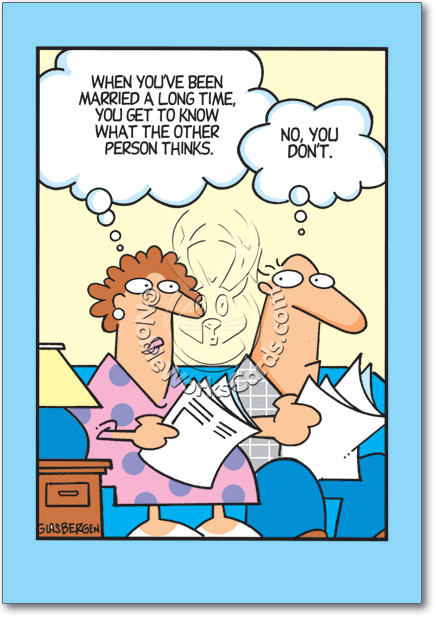 View the Cartoons of the Week Here